PEORIA, AZ (April 9, 2019) – Just in time for its 20th anniversary, Scottsdale-based Jalapeno Inferno is expanding to Peoria, launching its third location by late fall in the Park West outdoor shopping complex at 99th and Northern avenues just west of Loop 101. The Mexican restaurant joins two other stores in north Scottsdale.

The square footage in Peoria will be 4,736 sq. ft., the largest footprint yet for the colorful “bistro Mexicana” concept featuring authentic fare like street corn, ceviche and tomatillo chicken enchiladas with cotija, plus elaborate margaritas. The original location, at Scottsdale and Pinnacle Peak roads, opened in December, 1999. The second spot, on Market Street at DC Ranch, debuted in October, 2014.

“We felt there was good energy going on at the center, and wanted to be a part of it,” said owner Terry Craig, of the freestanding building he and his wife, Laura, are leasing at the entry to Park West’s Harkins Theatre. “Park West’s owners are being very aggressive about positioning the property as a lifestyle center, and wanted a new profile of modern restaurant and other tenants. Already, they host one of the best Farmers Markets in the Valley every Saturday.”

The menu will be the same as the two other locations, updated twice a year for seasonal specialties. As always, dishes showcase locally sourced products such as tortillas, produce and proteins, with organic ingredients as much as available.“I still function as corporate chef and oversee all food and beverage, but I will be looking for a hot, young chef to handle the day to day operations,” Craig said.

Terry and Laura Craig were one of the first to offer Mexico’s beloved street tacos in the Valley, offering the mini tacos layered with fresh grilled meats, onion, cilantro, chiles and Mexican cheese on double-stacked corn tortillas.

The new spot’s décor will incorporate some of the original Jalapeno Inferno statements as well, including spacious covered patios, an indoor/outdoor bar, a patio fire wall (the inferno), courtyard seating, and flexible banquet space to accommodate larger groups. The architecture and design is being done by BRICK + WEST DESIGN of Phoenix, notable for contemporary restaurant clients including the Postino group, Joyride Taco House, Culinary Drop Out, CHoP Chandler, and Dakota Bar and Restaurant.

Park West is currently undergoing a $4 million renovation under its owner, California- based CIRE Equity. The move is involving more contemporary restaurants and shops with an emphasis on local ownership, plus more family friendly amenities including a splash pad play zone for children. 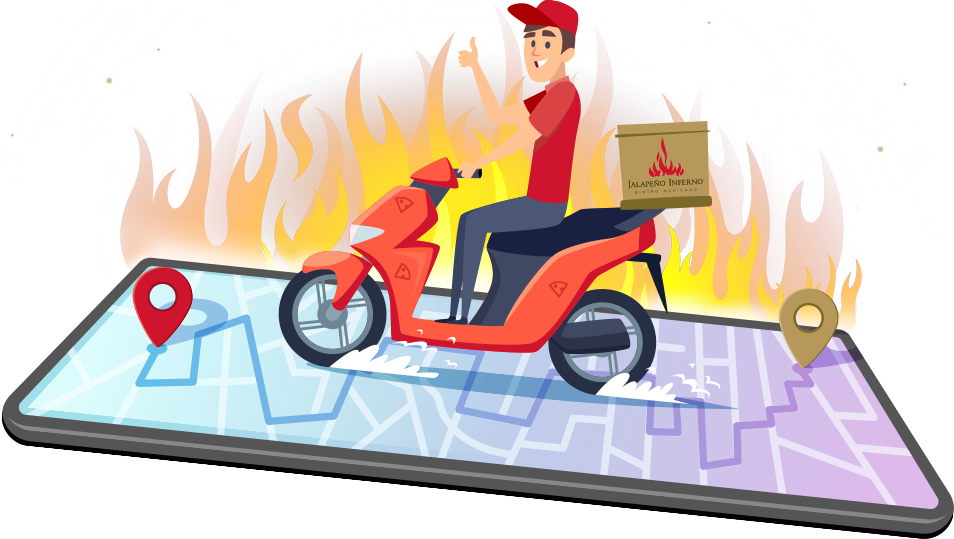